Our team applies their diverse backgrounds in scientific research, librarianship, non-profits, business administration, publishing, and computer science to support open data infrastructure and the preservation of knowledge. To reach us, contact help@datadryad.org.

Elizabeth Hull
Associate Director
Elizabeth has been with Dryad since 2013 in a succession of roles -- curator, operations manager, and now Associate Director. She holds a varied background in libraries/archives, web content management, public history, and archaeology, all of which converge into an overarching commitment to open access and usability of knowledge.

Erin Clary, BS Biology; MLS
Senior Curator
curator@datadryad.org
Erin has worked at Dryad since 2014 when she was hired as a curator through the Metadata Research Center at the University of North Carolina (now at Drexel University). Erin has an undergraduate degree in Biology, and an MS in Library Science. She is interested in open scholarship, data reusability, data citation, and the development of shared resources and standards to assist researchers and data curators in data sharing and data archiving.

Debra Fagan, BS Computer Science; MLIS
Curation and Technical Specialist
Debra began her career in software and front end web development after earning a bachelor’s degree in Computer Science. Eventually she earned a Masters in Library and Information Science and adjusted the focus of her career to libraries. During her years as Curation and Technical Specialist with Dryad, her dual background in computers and libraries has allowed her to quickly switch from one ‘side’ to the other in support of two things she feels strongly about--open data and open research. When she is not in front of a computer, Debra enjoys spending time with her family, going to live theater and concerts, reading, and dabbling in photography and painting.

Ryan Scherle, PhD Computer Science and Cognitive Science
Dryad Developer
Ryan has been with Dryad since its founding. He spearheaded the initial development of Dryad's technology and has been involved in all aspects of the repository. Before joining Dryad, Ryan worked in the Digital Library Program at Indiana University, building systems to store and manage a wide variety of digital materials. Ryan holds a combined Ph.D. in Computer Science and Cognitive Science. In his free time, Ryan enjoys outdoor activities such as hiking, hang gliding, and whitewater rafting. He also coaches youth teams in both baseball and robotics.

Shavon Stewart, BA History; MLIS
Curator
Professionally, Shavon wears many hats. Not only has she been a curator with Dryad since 2016, she is also a part-time reference and instruction librarian in a bustling academic library. In addition, she occasionally does independent research work for K-12 education university faculty. Many of the projects she has worked on focus on increasing diversity among preservice teacher candidates and advocating multicultural K-12 curriculum. As a curator, Shavon has a strong interest in the safe curation of data packages featuring vulnerable and endangered species. In addition, she plays a vital role in ensuring archived data packages are kept current and are consistently maintained. In her spare time, Shavon loves to collect and pack toys for Operation Christmas Child, read, decorate, thrift, shop, and spend quality time with her spouse of 12 years.

Rich Yaxley, BS Aerospace Studies; PhD Cognitive Psychology
Curator
Rich joined Dryad in 2016 and has focused on promoting scientific transparency and the reusability of shared data. Before joining Dryad, he worked as a neuroimaging researcher at the University of North Carolina and Duke University. Rich holds a Ph.D. in Cognitive Psychology. In his free time, Rich enjoys music, hiking, cycling, motorcycling, and traveling.

Daniella Lowenberg
Dryad Product Manager
Daniella has a background in Microbiology. After leaving the lab, she was a Publications Manager at PLOS ONE where she implemented and oversaw the PLOS Data Policy. For the last three years, Daniella has been a data publishing and data metrics product manager at California Digital Library, within the University of California. She is currently the Product Manager for Dryad and project lead for the Sloan Foundation funded Make Data Count project. 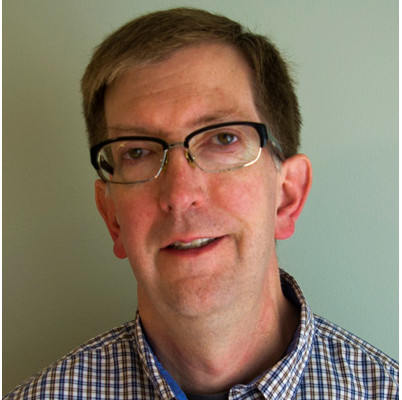 Scott Fisher
Dryad Developer
Scott has information and UX design experience and graduated with a master's degree from the UC Berkeley School of Information. He has worked in the computer industry writing software and more recently at The University of California. His previous work includes projects to archive web pages, plan for data preservation, preserve data itself and make data metrics available. Scott is a lead developer at the California Digital Library.