Dryad is a not-for-profit membership organization, recognized as a 501(c)3 by the U.S. Internal Revenue Service. Dryad members nominate and elect the Board of Directors, twelve individuals from the stakeholder community who provide strategic planning, fiscal oversight, and oversee the position of the Executive Director. Members also approve any amendments to the organization’s Bylaws, have the opportunity to steer policies and features, and are kept abreast of emerging issues in data publishing.

Our Code of Conduct applies for all Dryad community spaces.

Scott Edmunds (Class of 2023) is Editor-in-Chief for GigaScience, a self-proclaimed data nerd, and an Executive Committee member for Open Data Hong Kong. He has co-founded Citizen Science organisations Bauhinia Genome and CitizenScience.Asia and also teaches data management and curation at Hong Kong University. His academic background includes training in Biochemistry at Imperial College and a PhD on the Molecular Pathology of Ocular Melanoma at the Royal London Hospital, where his research mainly focused on Cancer Cell and Molecular Biology. After postdoctoral positions on Cancer Molecular Pathology at the WHO International Agency for Research in Cancer in Lyon and Institute of Cell and Molecular Sciences in London (Queen Mary) he was senior scientific editor for the BMC Genomics and Bioinformatics journals at BioMed Central before moving in 2010 to Shenzhen/Hong Kong to set up the GigaScience journal and GigaDB database for the BGI (the world’s largest genomic organisation). Working with the British Library and DataCite, GigaScience published its first data (the genome of the deadly German outbreak strain of E. coli) in June 2011.

Brooks Hanson (Class of 2023) serves as the Executive Vice President for Science for the American Geophysical Union (AGU). He’s responsible for overseeing AGU’s publications, meetings, and ethics programs and Thriving Earth Exchange and coordinating science activities across these. He served previously as Sr. Vice President for Publications at AGU, responsible for AGU’s portfolio of many books and 20 journals and their editorial operations, helping set overall editorial policies, and leading future developments. Before arriving at AGU, he served as the Deputy Editor for Physical Sciences at Science and earlier as an editor at Science. Brooks has a Ph.D. in Geology from UCLA and held a post-doctoral appointment at the Department of Mineral Sciences, Smithsonian Institution. His main areas or research and publications span the tectonics of the western U.S., metamorphic petrology, modeling magmatic and hydrothermal processes, and on scholarly publishing. He is a fellow of the Geological Society of American and Mineralogical Society of America.

Wolfram Horstmann (Class of 2021) has been Director of Göttingen State and University Library since 2014. Prior to that, he was Associate Director at the Bodleian Libraries of the University of Oxford, UK and CIO at Bielefeld University, Germany. He is Professor at the Information School of the Humboldt University in Berlin, teaching Electronic Publishing, Open Access and Open Science. He is biologist by training and worked on the epistemology of simulations for his doctoral thesis. Read more details.

Catriona MacCallum (Class of 2022) is Director of Open Science at Hindawi Ltd, London, UK. She has almost 20 years experience in scholarly publishing and 15 years in Open Access Publishing. She initially worked as Editor of Trends in Ecology & Evolution for Elsevier before joining the Open-Access publisher PLOS in 2003 to launch PLOS Biology as one of the Senior Editors. She also acted as a Consulting Editor on PLOS ONE, leaving PLOS as Advocacy Director in 2017. She is currently a member of the European Commission’s Open Science Policy Platform and the UKRI Open Access Practitioners Group. She also serves on the Advisory Boards of OpenAire and the Royal Society (Publishing), and is on the newly launched steering committee of DORA. She is a founding individual of I4OC (the Initiative for Open Citations) campaign. She has a PhD (on speciation) from the University of Edinburgh. 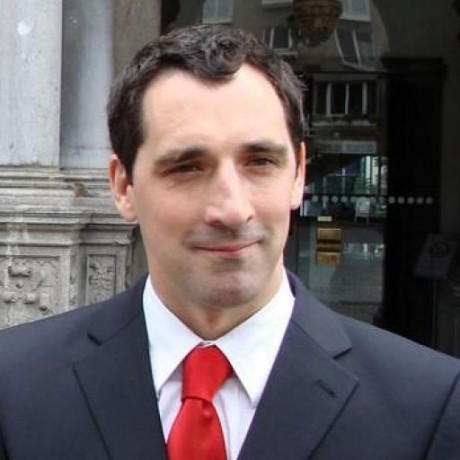 Ian Mulvany (Class of 2024) is CTO at BMJ where he leads teams that deliver the technologies and features that underpin new products as well as underlying publishing systems. He is responsible for leading on technology strategy for the company and understanding the implications of new and emerging technologies for the business. Previously he helped set up SAGE’s methods innovation incubator SAGE Ocean following a lean product development approach. Prior to SAGE he ran technology operations for eLife, was head of product for Mendeley and ran a number of early web2.0 products for Nature Publishing Group. Over that time he has gained a breadth of experience of modern product management practice, software engineering practice, program management and a deep understanding of the technical underpinnings of many scholarly communication systems. He collaborated in defining the extensions to the NLM DTD required to support software citation and was also one of the original organising members of the Altmetrics conference series that started in 2014.

Fiona Murphy (Class of 2023) held a range of scholarly publishing roles with Oxford University Press, Bloomsbury Academic and Wiley after completing a DPhil in English Literature. As Publisher for Earth and Environmental Sciences at Wiley, she began to specialize in emerging scholarly communications with particular emphasis on Open Science and Open Data. Now an independent research data and publishing consultant advising institutions, learned societies and commercial publishing companies, Fiona is also an Associate Fellow at the University of Reading and has written and presented widely on data publishing, open data and open science. She is a past and current member of several research projects including PREPARDE (Peer Review of Research Data in the Earth Sciences), Data2Paper (a cloud-based app for automating the data article submission process) and the Scholarly Commons Working Group (a Force11 project devising principles and practices for open science systems). An active member – and sometime Co-Chair – for several Research Data Alliance Groups focusing on data publishing policies, workflows and accreditation systems, Fiona has organized a number of data-related events and sessions at scientific meetings. She regularly writes and reviews articles on these topics and recently co-edited a special issue on persistent identifiers.

Johan Nilsson (Class of 2022) works at the Oikos Editorial Office, a society-owned publishing foundation based at Lund University, Sweden. His main responsibilities are to manage the peer-review, production and marketing of one of their journals, Journal of Avian Biology. He also coordinates the society’s projects on open access, open data and public outreach. Johan has a background as a research scientist in evolutionary ecology and remain actively engaged in research in this field. He has a strong passion for scientific communication and social media engagement and is particularly interested in how the benefits of open science (and open data in particular) can be better communicated to researchers.

Iratxe Puebla (Class of 2024) is Associate Director at ASAPbio, a nonprofit with a mission to accelerate innovation and transparency in life sciences communication, and which supports the productive use of preprints in the life sciences. In her role, Iratxe works in projects related to new initiatives and best practices around preprints and preprint review, she also coordinates the ASAPbio Community. Prior to ASAPbio, Iratxe worked in publishing for 16 years, she held editorial roles at BioMed Central and then PLOS, where she was Deputy Editor-in-Chief at the journal PLOS ONE. During her time at PLOS ONE she was involved in the implementation of PLOS’ data policy. Iratxe is also Facilitation and Integrity Officer for the Committee on Publication Ethics (COPE) and co-lead for the FORCE11 Research Data Publishing Ethics Working Group.

Judy Ruttenberg (Class of 2023) is the Director of Scholars and Scholarship at the Association of Research Libraries. With more than twenty years of experience working in and on behalf of academic and research libraries, Ruttenberg’s expertise is in scholarly communication and collections, collaboration, and strategic partnerships. Ruttenberg is currently working with a committee of ARL deans and directors, a team of ARL staff, and key partners in the research and learning community to advance open science by design within research institutions. An experienced project leader, Ruttenberg recently co-directed an IMLS and Alfred P. Sloan Foundation-funded initiative on open, linked, interoperable metadata called SHARE, of which Dryad was a participating repository. She is particularly focused on research data policy and governance, and on strengthening relationships between data curators within universities and federal agencies

Caroline Sutton (Class of 2021) is Director of Editorial Development with Taylor & Francis. Before joining the company in October 2016, she was co-founder of Co-Action Publishing, a full OA publisher. She helped to found and served as the first President of the Open Access Scholarly Publishers Association (OASPA) from 2008-2013 and is a member of the present board. She has served on the advisory boards for OpenAIRE+, the Munin Conference and is Director with Infrastructure Services for Open Access (IS4OA) which houses the Directory of Open Access Journals (DOAJ). At Taylor & Francis, Caroline has led efforts to roll out data sharing policies as well as initiatives related to open scholarship across subject areas. She holds a PhD in Sociology from Uppsala University.

Jason Williams (Class of 2023) is Assistant Director, External Collaborations at the Cold Spring Harbor Laboratory DNA Learning Center where he develops national biology education programs. Jason leads education, outreach, and training for CyVerse (US national cyberinfrastructure for the life sciences) and has trained thousands of students, researchers and educators in bioinformatics, data science, and molecular biology. Jason’s focus has been developing bioinformatics in undergraduate education and career-spanning learning for biologists. Jason’s “Reinventing Scientific Talent” proposal was a winning entry in the US National Science Foundation’s NSF 2026 Idea Machine search for the next set of “Big Ideas”; proposals that will shape funding priorities for the foundation. Jason is founder of LifeSciTrainers.org – a global effort to promote community of practice among professionals who develop short-format training for life scientists. Jason is also a member of and has chaired science advisory boards in the US, UK, and Australia, and is a former chair of the Software Carpentry Foundation. In 2020, Jason was recognized as a US National Academy of Sciences Kavli Frontiers of Science Fellow. Jason is also a teacher at the Yeshiva University High School for Girls.

Günter Waibel (Ex Officio) is Associate Vice Provost and Executive Director of California Digital Library, one of the world's largest digital research libraries. Collaborating with stakeholders across the UC system and beyond, Waibel is advancing efforts to build and support new models of scholarly communication; provide leadership, strategic planning, management and decision making for the CDL; and foster strategic partnerships at the state, national, and international levels. Waibel brings extensive experience in the digital library and broader cultural heritage communities and is well-known for his work in promoting cross-domain collaboration. In his previous position as the Director of the Digitization Program Office at the Smithsonian Institution, Waibel oversaw the strategic plan for creating a digital Smithsonian out of the institution’s 19 museums and 9 research centers. More at Günter's linked in profile

Dryad produces annual reports on the state of the organization's operations:

Dryad Board maintains meeting minutes for all of its meetings.

Dryad Board Conflict of Interest Forms

We’d like to thank all the talented individuals who have dedicated their time and expertise to the Dryad Board of Directors for at least one term from 2012 to 2021: